Duane Smith - current Chairman of TrueNorth Companies and First MainStreet Insurance - grew up in a small Eastern Iowa town called Lamont. His mother ran the hardware store and his father owned the plumbing and heating business. Duane recalls it as a real-world example of “The Andy Griffith Show” as the relationships in the community mirrored those of the characters. It was a town that had the Mayberry feel and a strong sense of community. Locally owned businesses were vital and when in need everyone rallied together.

After graduating from the University of Northern Iowa, Duane moved back to Lamont to work in the bank with his dad. After the 1980’s financial crisis required the bank to foreclose on people’s homes that Duane knew personally, he decided to redirect his focus to the bank’s insurance division becoming it’s second employee. He spent four years growing the agency when his old high school football coach called and asked him to partner in business. It was a tough decision, but ultimately rewarding as Duane was able to sell the agency to three producers who had joined during his tenure. This allowed him to embark on a new career venture which lend to the formation of TrueNorth Companies, LLC.

TrueNorth Companies was established in 2001 when three local agencies merged, creating the largest financial services firm of its kind in Eastern Iowa. Over the years TrueNorth has become one of the largest privately held insurance companies in the nation, establishing a renowned reputation in the industry.

As TrueNorth expanded, the team was approached by a number of agencies in county seat communities looking for a partner that allowed them to continue to provide local support and carry on the legacy they built. As many of TrueNorth’s senior leaders came from small town roots, they understood the value that a local brand and involvement brings to a community. This made it an easy decision to develop a business model to support those efforts - and thus was born First MainStreet Insurance.

First MainStreet Insurance was established in 2017 as a holding company for smaller agencies to perpetuate their business while maintaining a local presence and legacy within their communities. As an affiliated business unit of TrueNorth, the FMSI platform offers independent agencies the chance to join forces with a larger firm and gain access to robust resources and carriers markets to support longevity and business growth.

FMSI currently has 20 locations and collectively these locations leave a strong geographic footprint and have access to many of the best insurance markets in the industry. 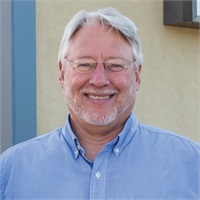 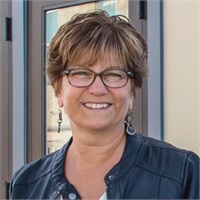